Not all of the Tower falls when lightening strikes. . . 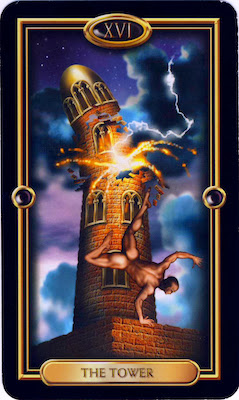 It was a month ago the Lightning Struck Tower showed up on the horizon. At least I know where I am. I just had no idea that this time around that I would be playing the part of the Tower itself. Wow did lightning strike! I remember being warned that things will fall: some will just drift away in the turbulence and some violently. Nothing was to be picked back up when it fell and there were things that were most important to hold at my core and protect. I am still watching this thing unfold. I should feel more nervous, but being forewarned makes it easier to be ready for slippery ground.

" I'll show you things," She said. She didn't say they would all be pleasant. All of it important. All of it relevant. We have bickered about how best to execute the task, but this is what happens when the mail person hands you squished mail. I am now even more firm in my assessment of the statement put before me by an action of the Dalai Lama. He refused to bless a temple because it had no library. Without my library or helpful librarians, I would be in a world of hurt. Especially with all the barracudas out there calling themselves sharks. I know a few sharks. They have better manners. 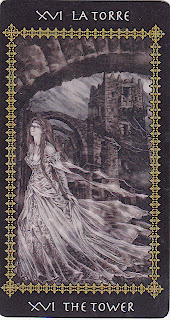 I am working into this new relationship with a new mail man so to speak. She is a rough rider and introduced herself with an 8 1/2 hour cat on a hot tin roof act that nearly dropped me on my head: on September eleventh! I'm not sure, but I think I may have been an amusing toy at the moment. I know without a doubt if she really wanted to She could have snapped me up fast and rode my little meat bag into the ground. This is something that at first I thought was going to be left untalked about, but I am being poked from all realms of faery to talk not only about this but them.

All of these strangenesses are now so many in number and so frequent and seem to have a real effect in the dense world that I can no longer see these things and think they are something I have made upon my imagination.  I have received validation of this point time and again from the dense world itself. People keep reminding me: "you aren't crazy, that really happened." I give up! 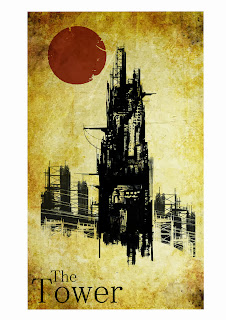 I give up searching for my sanity cup. It can stay good and planted where it is because I am holding it and filling it with soul tea. I give up not trusting my eye when it sees something. They are there and they have a profound effect on this dense place in spite of the fact they do not live here. I give up people who ask if I need to go take my meds. They do not know what they do not know and that's just fine. I do not know the things a rocket scientist or a history professor knows and that's okay. I am neither of those things. And besides that: Really??? Who the fuck is anyone other than a qualified expert to judge whether a person needs meds or not? And if you are not that expert, then I suggest you check yourself because you are also not Gods.

I have taken the quiet moments in this parade of Spirits and ancestors to go in and work the work given me. I can see the efforts beginning to take root. . . I suppose when I come tripping into spring as I usually do, I will see green little hair sprouts rise as long as the work is done well. I have faith that I can get the work done well. Other workings as such have come to bear fruit. I am finding that I tend to take the long route when ever possible. . . ugh. Okay, well maybe not entirely ugh. I do have the most excellent adventures.

For example: I went to the Dancing Chicken House to see that a new structure had been placed there. I knew it right away to be the goat stable. Yes. . . a giant goat at that with flaming nostrils and lightning breath. The last few years I had been sick sick sick at this time ( so glad I'm not right now) and the ride was forbidden to me. I ran out to greet my friend and we saddled up to go see another friend who must be greeted up on top of the mountain peaks where the winds whip. I didn't really have anything I wanted to ask or say to my very large friend when she dropped out of the sky. ( The first time she did this I almost fell on my face and then off the mountain.) I told her I didn't know why I was there other than to say hi. She knew that. If very large predatory birds could smile I think she did. She gave me something that I was told to give to a friend of mine before I left. I'm still a little floored by the gift. I know that he will be ecstatic to get it. I don't remember the rest of the trancing, but I felt a peace wash over me that I know can only come from the blessings of the faery realm.

Don't argue with anyone who is committed to misunderstanding you.
Posted by Unknown at 10:44 AM No comments: